Every Good Cocktail has a Story

The ISLAND FEVER was hot and heavy at the TAITINI
beach bar. The ARISTOCRAT gentleman sits alone,
away for his convention, and glares aimlessly into the horizon, past the WHISKEY OUTPOST. His mind starts to drift and he begins to fantasize of a KISSING GEISHA. His day dream is so vivid, he can almost touch her. He envisions her tasting like the NECTAR OF THE GODS. BEYOND the BOND they shared in his dream, he knew she could never be his MAIN SQUEEZE. Desperately longing for her DEADLY SIN #4, a battle ensues between his mind and his loin like a MEXICAN STAND OFF. Perturbed by his thoughts, he orders an APER ALE SPRITZ and heads back to his room. Upon entering, he realizes that he is not alone! But why is she in his room, is it a case of MISTAKEN IDENTITY? His fantasy becomes a reality!
Raveled up in a SECRET AFFAIR, they fall asleep in twisted sheets. The next morning, he is awakened
by the unique sound of a MOCKING BIRD. He turns over only to find the sheets empty, she is gone without a trace! PUFF THE MAGIC DRAGON he thinks to himself, was this just a dream… Confused, he returns home to his partner and begins to think of an Alibi for all of this… because we all know, A GENTLEMAN NEVER TELLS… 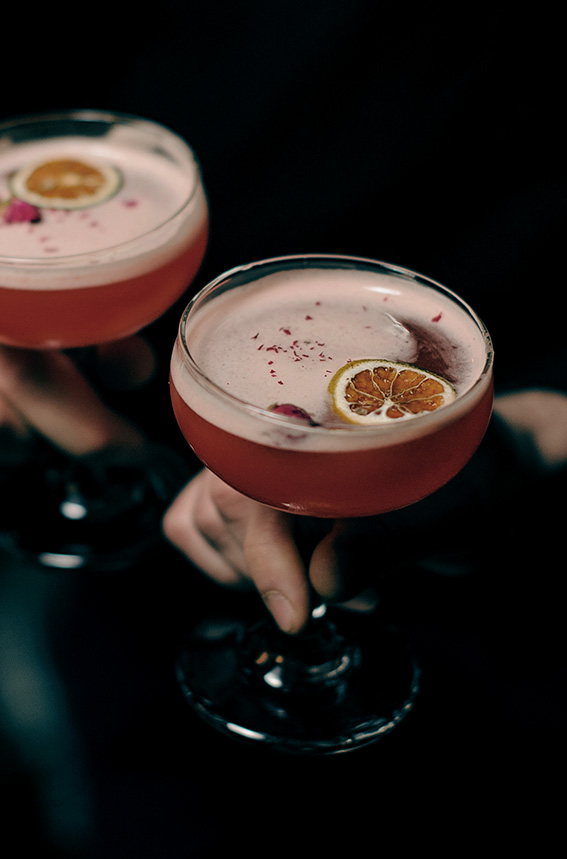 Just as Special with No Alcohol